Rudi’s kicking his own goals

Rudi Baumer said his greatest loves are, “my wife Nikki, our children and grandchildren, and Arsenal.”

The couple married in 2004, and six months later Rudi was diagnosed with Parkinson’s Disease. The first symptoms were a few twitches, but as time progressed it affected Rudi’s ability to use his legs and arms.

In 2012 Rudi had deep brain stimulation to control the shaking, then in 2018 had a suspected stroke. Dementia and diabetes followed, and then depression.

There was no more soccer (competing or coaching), socialising was challenging, and even visiting family was hard with Rudi’s speech deteriorating, leaving him feeling disconnected and frustrated.

But then something profound happened a few months ago when Rudi joined ‘Everybody’s Game’, a walking soccer program run by ACH Group for people who have had a stroke, or live with neurological conditions.

Rudi’s skills on the wing came to the fore, and his kicking accuracy was rewarded with an Adelaide United jersey. This is a prize neither Nikki nor Rudi could have ever imagined, and it won’t be joining the haul of soccer medals and trophies in the spare room – this one’s for celebrating every day.

“I call him the Energiser Bunny because he runs up and down the pitch with endless energy,” Nikki said.

“He’s off like a rocket. He has the biggest smile on his face and for those two hours at Everybody’s Game he comes alive.”

And where is Nikki during the game? “I’m the cheer squad!” The couple also enjoy babysitting their grandchildren and beach walks together.

“Rudi may not walk very fast, but we’re not in a race; we’re happy to simply sit and look at the ocean,” Nikki said.

Rudi’s message to anyone with a similar condition: “do what you love.”

Rudi takes part in ACH Group art and exercise classes to support him to live well.

“With art I can just draw, there’s no guidelines or rules,” Rudi said.

A first of its kind in South Australia, Everybody’s Game is run by ACH Group in partnership with Football SA, and Flinders University. 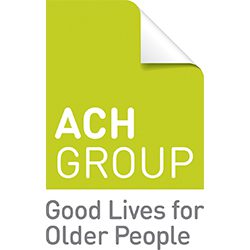 Ageism: what is it?