Sophin and her incredible life journey in Australia

Sophin Kheav was born in a small village in Cambodia and has fond memories of a simple life as a kid, with her parents and four siblings. That was until tragedy stroke with under the leadership of Pol Pot, who radically pushed Cambodia towards communism.

Like many in her country, she had to fled to survive. The regime took away her family but not her purpose to use her education to help others.

After decades in Australia, Sophin, with husband Kim, found in ACH Group’s Cambodian Program a place to connect with other Cambodians and immerse themselves in their culture; talk their mother language and eat food that takes them back to their childhood.

In this interview, Sophin shares her journey.

Tell us a little bit about your memories about Cambodia. 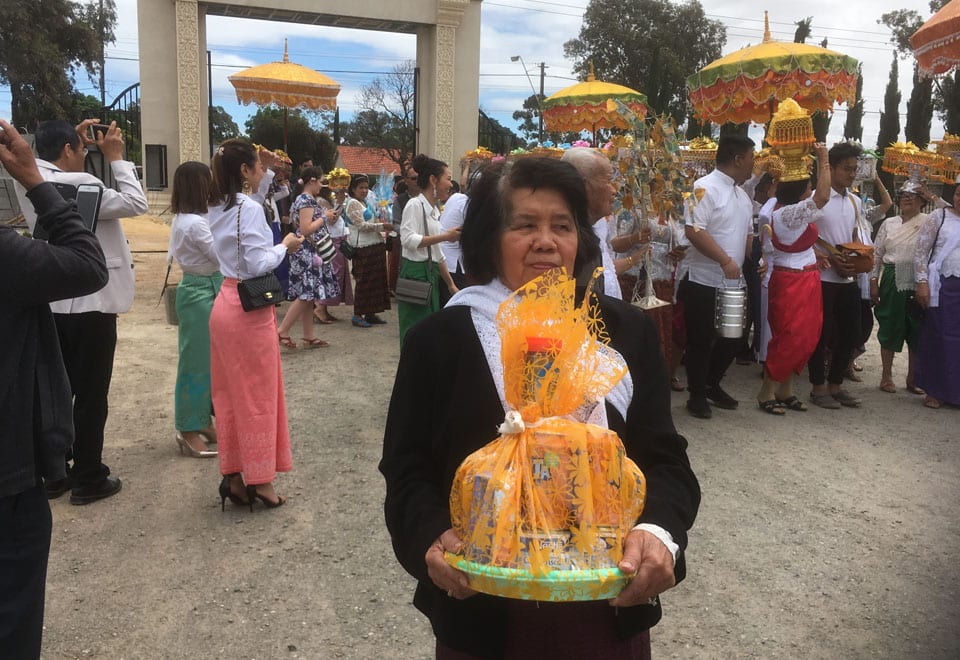 I am the sole survivor in my family (apart from my two half-brothers) after surviving the genocide of Khmer Rouge regime, which took place from 1975 to 1979. Before the Khmer Rouge, I was based in Phnom Penh and studied Science at Phnom Penh University.

I had lived away from my parents since I was in high school and would only return home during school breaks. My parents had high expectations of all the children to succeed in education. My family were not well off and my parents struggled to earn a living.

What was it like to be a survivor of the communist regime in Cambodia?

When the war broke out, we were forced to leave home with little belongings. We were moved to the countryside and forced into hard labour in exchange for small rations of food. We lived in fear and with no access to healthcare in areas where cholera and malaria were common.

The Khmer Rouge were after all the educated people and one of my brothers was murdered because he was a pilot. My parents and the other four of my siblings were also executed by order of the regime. I only survived as I lived away from my family. I did not hear of the shocking loss of my family until the end of the Khmer Rouge regime from one of my parents’ former neighbours.

The Cambodian genocide was the systematic persecution and killing of Cambodians by the Khmer Rouge under the leadership of Pol Pot, who radically pushed Cambodia towards communism. It resulted in the deaths of 1.5 to 2 million people from 1975 to 1979, nearly a quarter of Cambodia’s 1975 population, including Sophin’s entire family.

What were your next steps after surviving the regime?

Following such a devastating loss and after nearly four years under the Khmer Rouge, the future was unknown. In April 1979, I went to stay with a family member whom I had never known, and only returned to my village in July 1979. I stayed with my half-brother until April 1980 when I decided that I would venture to the refugee camp at the Thailand border with a friend. I stayed in the Surin refugee camp for almost one year.

In the camp, I offered support to other refugees in the camp teaching French and very basic English, even though I had never formally worked as a teacher. I also spent my days working with children in the playgroup whilst studying English myself.

It was also there that I met my husband Kim. We were offered asylum in Australia and arrived in Adelaide in April 1981. We stayed for three months at the Glen Osmond Saint Paul Retreat before moving into a rental house and starting a family.

What was life starting over in Australia? 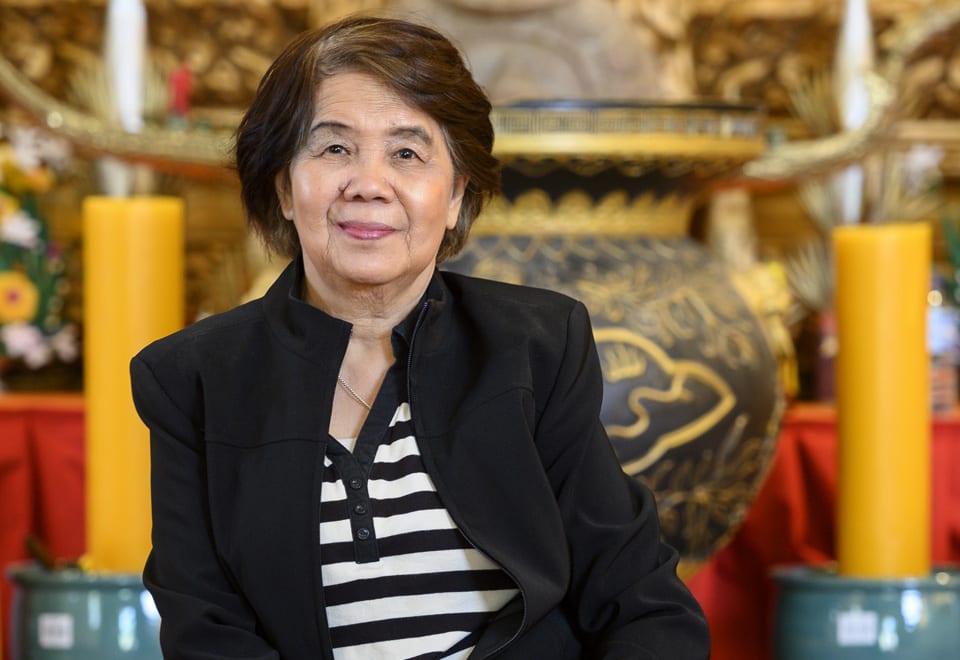 My new chapter in a new country was not without its challenges, such as understanding a new culture and way of living.

My life in Australia was filled with ups and downs and I often miss Cambodia, especially on special occasions. I miss my family the most. Kim and I came to Australia together; we have been living here for 40 years and have two children and two grandchildren.

We are a close family and I have been watching my one-year-old grandchild three times a week, since my daughter went back to work. My son is getting married next year, so I am grateful for the life we could provide for our children in Australia.

Tell us about your career in Australia.

A few years after I arrived, I started to pick up small jobs, volunteer work and hourly paid work with different organisations such as Child and Youth Health, Migrant Resources, and Primary Health Care Services. I have learned a lot and was involved in health promotion, health education and advocacy supporting a number of multicultural communities and new migrants and refugees.

In the year 2002, Sophin was awarded with the Centennial Medal issued by the Federal Government for her contribution and support to services in the community. The medal was presented by the Foreign Minister Alexander Downer.

“It was a proud moment with lots of congratulatory letters from the many different organisations I had worked or been involved with. That made me so proud, not just as a person, but in the name of the refugees. I feel so honoured and always thankful to the osrganisations and whoever nominated me.”

Did your role at SA Health helped you maintain connected to people from Cambodia?

Yes, it did. I met a lot of Cambodians through work and remain connected with some of them still. Because of my role as a Multicultural Community Health Worker, people not only knew me, but they also respected me. I was someone they could trust and that they knew would understand the cultural differences between Cambodia and Australia.

When did you join the ACH Group Cambodia Program and how did it come about? 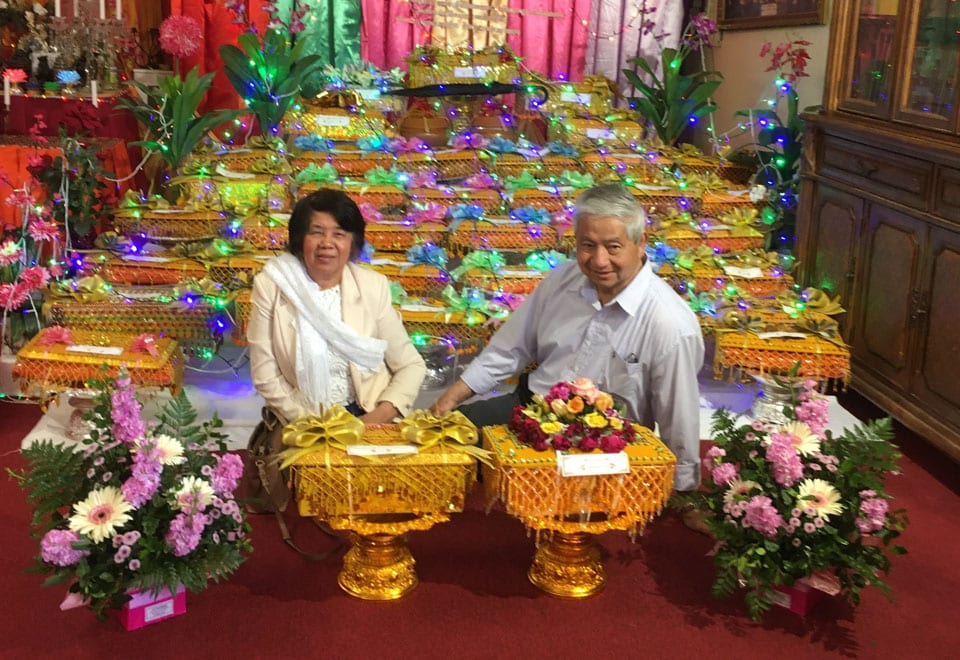 After my 23 years of work, I decided to retire in 2012 and found continued sense of community when I began to attend the ACH Group Cambodian Program.

Because of my work, I was fully aware of the program but had never attended. It was a no-brainer for us. I enjoy being with a group where I meet lots of people from Cambodia, socialising, having fun, laughing, exercising and going on outings to places I would not normally go on my own.

I believe the other group members find similar joy in attending the group. We always have opportunities to share snippets our everyday life with the group, as well as offer to stop and listen to each other.

What are some of the things you do as a group?

The group meets weekly and has allowed my husband and myself to keep connected to our culture and to meet and support others. Some people enjoy the social aspect of it and how you can come along and talk about everyday life things.  A lot of people in the group also goes for walks together and there are lots of dancing, so we are keeping active as we get older.

I like the fact that the ACH Group Cultural Program focuses on your emotional, physical, and mental wellbeing by providing opportunities to exercise, socialise and have fun.

What is your favourite thing about Australia?

I like how friendly the Australian people are and how much freedom we have here. Not only freedom to come and go but people do not judge your appearance, so you have freedom to wear what you like. Australia makes me feel free and secured.

What do you miss about Cambodia the most?

I miss my family and still feel homesick often. I feel sad at times when families tend to come together, like birthdays or weddings. I feel sad I do not have my family as part of my life here in Australia.

There is a saying: “Every journey starts with a first step”. More often than not, the first step is the hardest one; but due to a critical circumstance I was forced into an unknown destination. This destination turned out to be such an extraordinary journey.

Today there are approximately 24 500 Cambodia-born people living in Australia with approximately 10% (2440) living in South Australia. The community is supported by the Cambodian Association of SA which is currently auspiced by the ACH Group.

The association was founded as a secular apolitical association in 1981 by the first refugees to escape to Australia from the killing fields of Cambodia. It was initially set up to help Cambodian refugees resettling in South Australia. In the mid-2000’s many of the association’s programs were handed over to third party providers – aged care was supported by ACH Group and the Cambodian Program started.

ACH Group celebrates diversity and welcomes everyone as an individual, acknowledging and respecting cultural backgrounds, religious and spiritual beliefs, and practices.

At ACH Group’s Cambodian Program, they are experienced in working with Cambodian people in a way that respects their spiritual beliefs, customs, and preferences. Cambodian staff understand how to meet your physical, emotional, religious, and cultural needs, respecting Cambodian traditions, experience, and dietary requirements.