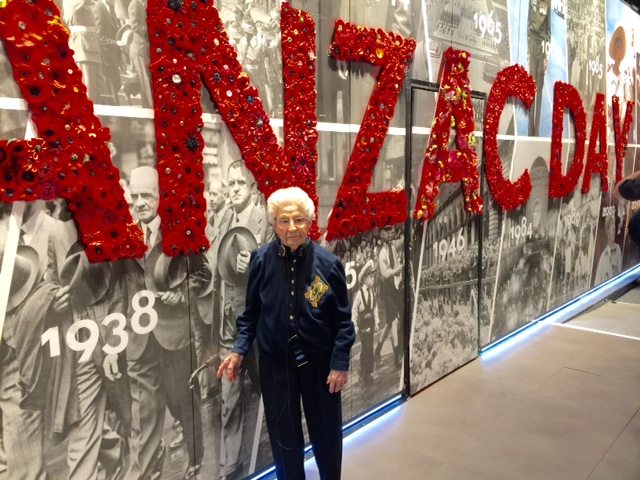 Thelma Pope became the oldest person to take in the Spirit of Anzac Centenary Experience when it toured Adelaide in March.

The 106-year-old created a buzz when the national exhibition organisers discovered her age and her photo and visit was recorded on the group’s Facebook page.

Thelma, who lives at Kapara in Glenelg South, was one of several ACH Group residents who toured the exhibition.

A group from Perry Park at Port Noarlunga also took in the stunning photography, audio and interactive displays that brought Australia’s war years to life, from the eve of the First World War to World War 2 and beyond.

They included Pearl Uden, 86, who was nine and living in the UK when World War 2 broke out in Europe.

She and other Perry Park residents wore red poppies crocheted by residents during the visit.

See a virtual tour of the exhibition via www.spiritofanzac.gov.au.