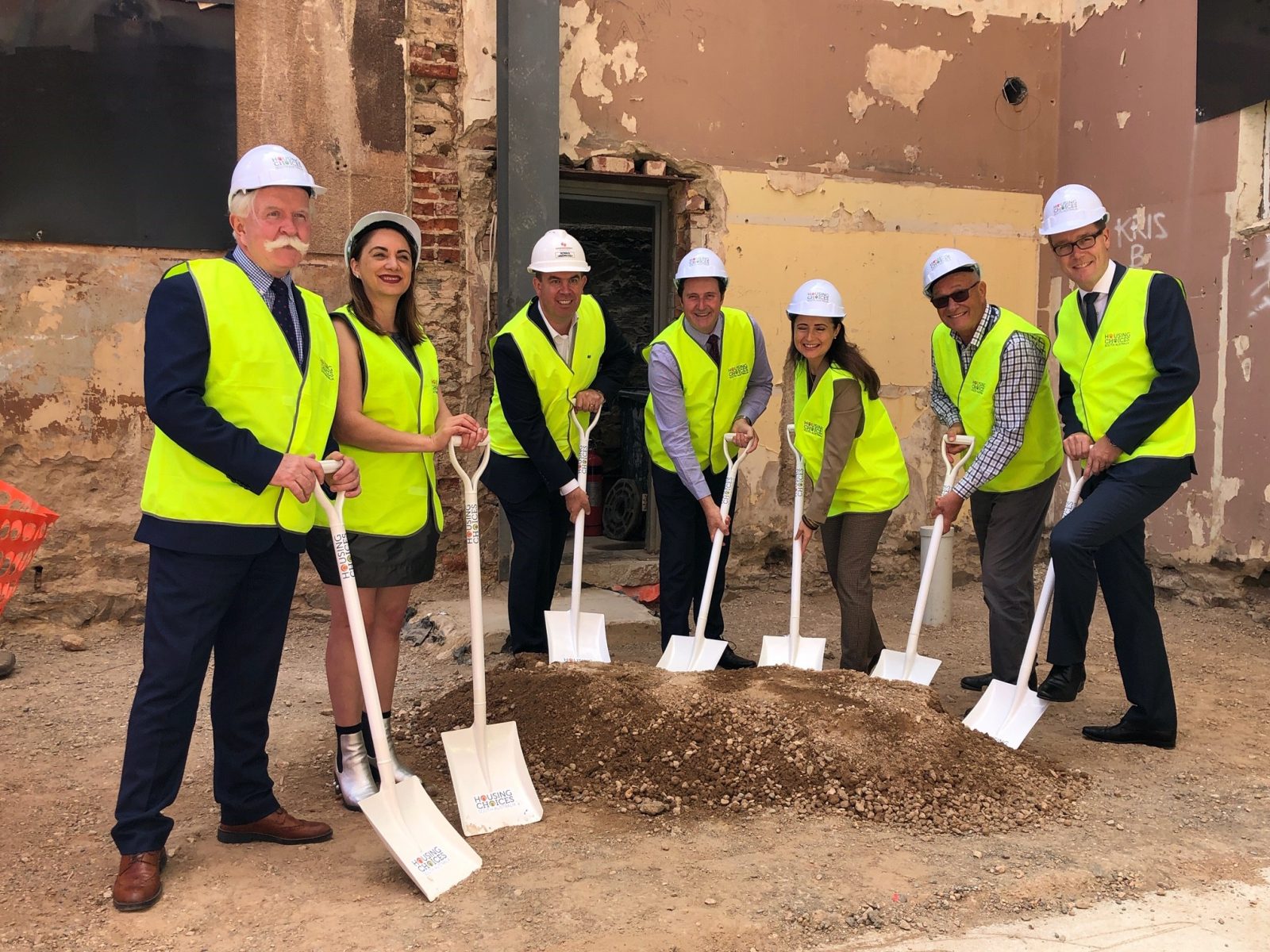 ACH Group continues to innovate with new service delivery models to meet the needs of vulnerable older South Australians with the announcement a new housing development in the heart of Adelaide.

Spence on Light was officially launched in Light Square today as a result of a partnership between ACH Group, Housing Choices South Australia and SA Housing Authority.

The $25 million development will include 75 apartments to support older people with limited housing options to access new homes that will allow them to comfortably age in place, in a location that is central to work and social opportunities.

Speaking at the launch, ACH Group Chief Executive Frank Weits said: “ACH Group was founded 65 years ago by parliamentarian Sir Keith Wilson who set out to support pensioners, post-war migrants, war veterans and their widows by pioneering new housing models for older people, in particular those who were disadvantaged.”

More recently, a partnership with Catherine House, an organisation that supports older women at risk of or experiencing homelessness, has been forged to provide affordable housing and tailored services.

Mr Weits said there was a lack of affordable housing for older people, particularly women, in the inner-Adelaide area. In South Australia, over 800 people experience homelessness on any given night, and more than half (60 per cent) of the older homeless population are women. Across a 12-month period in 2016-17, there was a 44 per cent increase in older people accessing specialised South Australian homelessness services.

“We are delighted to take this opportunity to support older South Australians as we continue ACH Group’s tradition of challenging traditional service models and finding new ways to support people to live well as they age.”