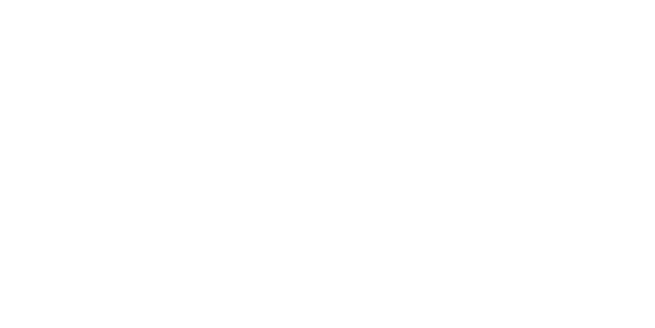 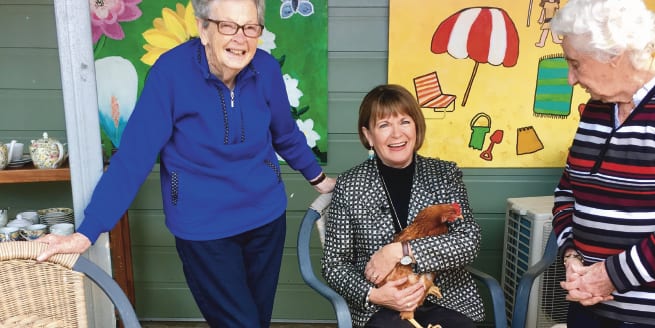 It’s been a busy two years for Jane Reilly since her appointment as ACH Group Ambassador in 2017.

One of South Australia’s most recognised and loved media presenters, Jane has enjoyed a long and distinguished media career spanning four decades including 17 years as news and weather presenter for Adelaide’s Network Ten.

In August 2015, she received an Order of Australia Medal for services to the broadcast media and charitable groups. She is currently a valued contributor to the FIVEaa Radio Breakfast Team.

Jane says she has enjoyed her experience with ACH Group and her role in raising awareness of its many and varied services, facilities and initiatives.

“It’s certainly been a real eye-opener for me to experience the diversity of what’s on offer – there really is something for everyone,” she says. “There’s so much support available. What has really impressed me is that people are at the heart of everything that the organisation does.”

Jane stopped in at a rehearsal between Ridgehaven Primary and Wynn Vale School students and Sing for Joy choirs ahead of their ‘Why We Sing’ performance.

“To see people ranging from eight-years-old to 80 or 90 years of age and the collaboration between the generations was just lovely. They sang such beautiful songs. I met people who had never sung before in their lives, and people who were on their own but enjoyed that connection with others. It was fantastic to be part of it.”

At the launch of the Health Studio 50+ at Glenelg, Jane tried out equipment and enjoyed a sneak peek.

“It was very exciting to be among the first to try the specialised equipment and talk to some of the fitness trainers and allied health professionals who are there to tailor programs to the needs of AGEING BODIES.”

Members of the Riverside Artists at Port Noarlunga were thrilled to meet Jane and share the works they were preparing for the upcoming South Australian Living Artists (SALA) Festival. Jane chatted to Brian, Judith and Fred about the group and felt a real sense of the friendship and enjoyment shared by all.

“I met people who were either taking up a skill they hadn’t done for a long time, or trying it for the first time, guided by professional artists,” Jane says. “And again, the volunteers were there to help; they’re really part of the process and I think they get a lot of value out of being involved as well.”

Jane had an ‘egg-cellent’ day at Kapara meeting four new resident chooks and talking all things ‘HenPower’; an initiative that complements the organisation’s Healthy Ageing approach.

“How can I ever forget the Kapara chooks? It was such a thrill to witness the joy the chooks bring to people; collecting the eggs, chasing them into their coop every night – to be part of those nurturing activities. It was lovely to see and such an enjoyable experience.”

“For a long time I had seen this structure on the Northern Expressway and I had no idea that it was a Buddhist temple. It was an incredibly colourful, soulful and mindful experience meeting the monks as they chanted and prayed, and having the opportunity to share some amazing food.”

Neighbour Day AT GLYNDE
As part of Neighbour Day last year, retirement living residents were thrilled to meet Jane and share stories of neighbourly connections – as well as some home-cooked goodies and a cuppa.

“These are really neighbourly places where you can be as private or as involved as you want knowing that if something happens, someone is there for you, to put your bin out or check on you – you have that peace of mind.”

“It’s very therapeutic when you sit there and you’re rolling out the clay, making shapes then adding colour,” she says. “People sit around a big table and chat to each other; it’s such a great bonding experience and helps people feel connected while getting very skilled tuition in the process.”

Beach access day
Jane enjoyed getting her toes in the sand with residents from West Park and Yankalilla Centre at Horseshoe Bay, Port Elliott. ACH Group is the first aged care provider in Australia to purchase Mobi Mats that create a pathway to the sea for people who rely on a wheelchair or walker. “A couple of ladies I spoke to hadn’t felt the water on their toes for 20 or 30 years, and to see the sheer delight on people’s faces was just magical. We had a lovely lunch of fish and chips and ice-creams afterwards. It was a wonderful day; the kind of experience that leaves a lasting impression. It brought back incredible memories of time spent with family and friends at the beach – all made possible with the help of some amazing volunteers.

“During my time as ambassador I’ve had a fantastic opportunity to meet people who live in retirement living units across the state.”

Men’s Shed at Perry Park
Watching members of the Perry Park Men’s Shed at work was another highlight for Jane, who was impressed by the workmanship she witnessed. “This lovely group are making the most exquisite wooden toys for children, and these incredible reindeer at Christmas time, which they sell to family and community members,” she says.

“These blokes have so much fun together; they’re down here three days a week and they really enjoy what they do.”

“I’ve really enjoyed my time as Ambassador for ACH Group and I’m very much looking forward to more interesting experiences in the future.”