Band plays on for Jeff

Band plays on for Jeff 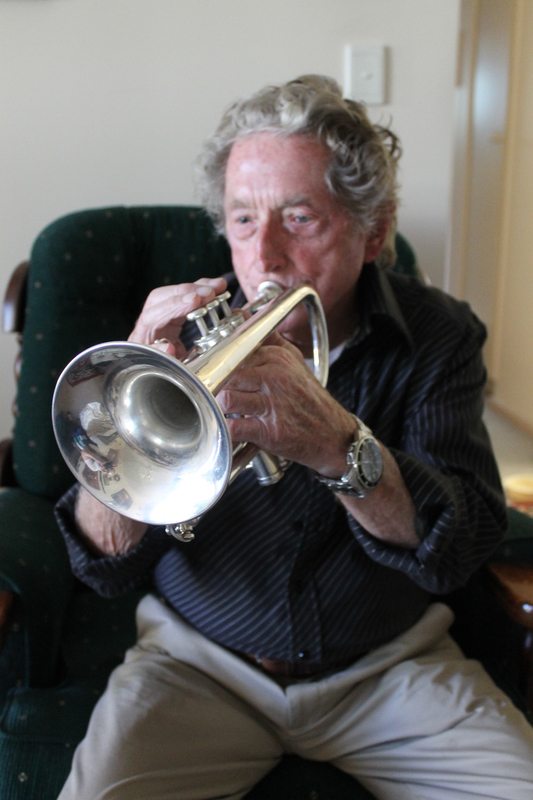 Jeff Uern is a man in demand. The trumpet and coronet player is a member of three bands and most weeks plays to an audience somewhere in Adelaide.

Living in a hassle-free independent retirement unit at Salisbury, Jeff manages to find time to help out at the auto repair business he founded, enjoy a weekly motorbike ride and fulfil his duties as treasurer of Playford City Bands Inc.

Jeff, 83, started playing the trumpet in his 20s, and was a regular fixture at beer gardens and cabarets as a member of a dance band during the years of ‘six o’clock closing’.

Life became busy after he married, with four kids to raise and a business to run.

“I hadn’t picked up an instrument for 40 years until I joined the Late Starters Band (later renamed the Playford City Band) when I retired,” he says. “I got out my old trumpet and started playing again.”

From there Jeff went on to join the Salisbury City Brass, then the 14-piece German band Die Lustige Kapelle (‘The Fun Band’).

He practises for half an hour a day and regularly performs to community groups and in public concerts across the state.

“Music is a necessary part of my life,” he says. “Reading music stimulates my brain, and playing and connecting with others is something I love to do.”

Jeff gets a kick out of performing, especially when he has a solo.

“It feels really good when you stand up and think well, I can’t sing, but I sure as hell can play this instrument.

“The thing about music is that there’s just so much of it – there’s always something to learn; you never stop learning.”

He also enjoys playing at Minda where he performs three times a year to people with an intellectual disability.

“It’s nice to see those kids enjoying themselves; smiling and laughing. Music is a big part of their lives, just like it is for everyone else.”