Yvonne and Fred have recently celebrated their 72nd wedding anniversary but they claim it was all a set-up.

Fred was away at war and Yvonne was a cashier at a grocery store next to Fred’s family plumbing business, so she knew his entire family before she met him. When he came home in 1948, they finally met.

“I was away for four years and when I came home my older brother told me he wanted to set me up with a girl. I got annoyed and told him I would pick my own girl,” Fred said.

The girl was Yvonne, who said: “Clearly his brother could not have picked a better one”.

Born and bred in South Australia, Fred was 22 and Yvonne was 20 when they met. They have two children (both still living in Adelaide) and many grandchildren and great-grandchildren.

“Travelling and Rotary have been our two biggest passions. I was South Australia’s Rotary District Governor, so we had a busy social life visiting clubs all over the world,” said Fred.

“We were out five nights a week, but we really enjoyed it. And I was fortunate to have my wife sharing this passion with me.” 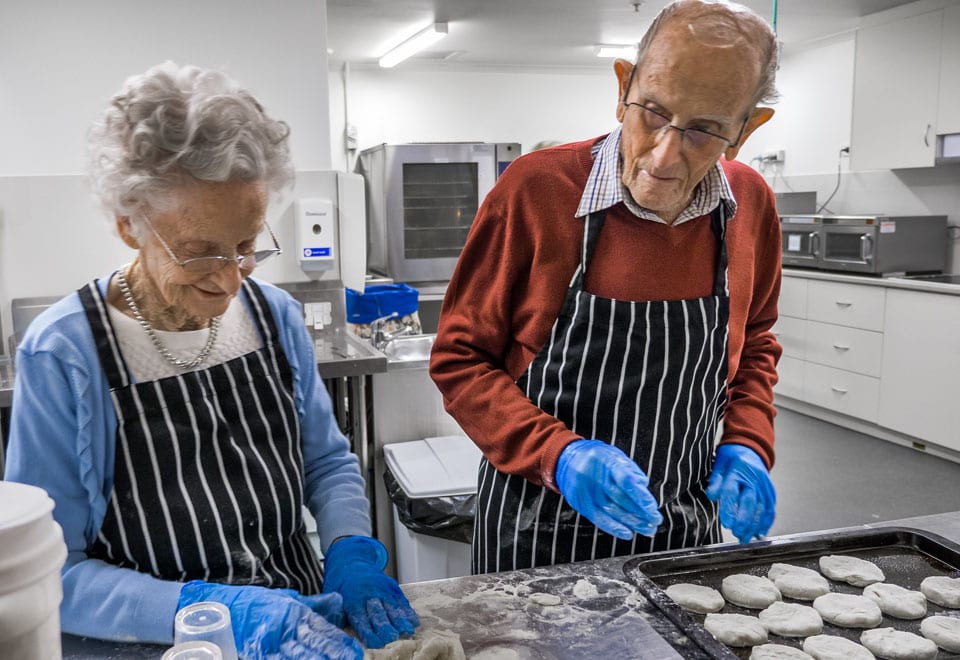 The couple moved to ACH Group’s Kapara residential care home in Glenelg less than a year ago and said their new home allows them to continue to live a good life. “Here we found the balance between keeping social and choosing to have quieter days. We have had such a busy life, and as we are in our 90s now, sometimes we just feel like enjoying each other’s company and watch TV just like every other couple,” said Yvonne.

“Kapara has also been a great place to keep active – not just socially, but physically. I played a lot of tennis and basketball and because of the convenience of having a gym onsite, I still exercise regularly. Sitting around is not good for you,” Yvonne said.

According to Yvonne, the secret to long-lasting marriage is understanding and accepting people as they are. “We haven’t had many arguments; we are too busy enjoying life!” she said.

As for how they celebrated their 72nd anniversary, the couple said it was an intimate family dinner. “After you celebrate your 50th anniversary, you slow down on the parties,” Fred jokingly said.

Great advices for those who are lucky enough to have a love story like theirs.