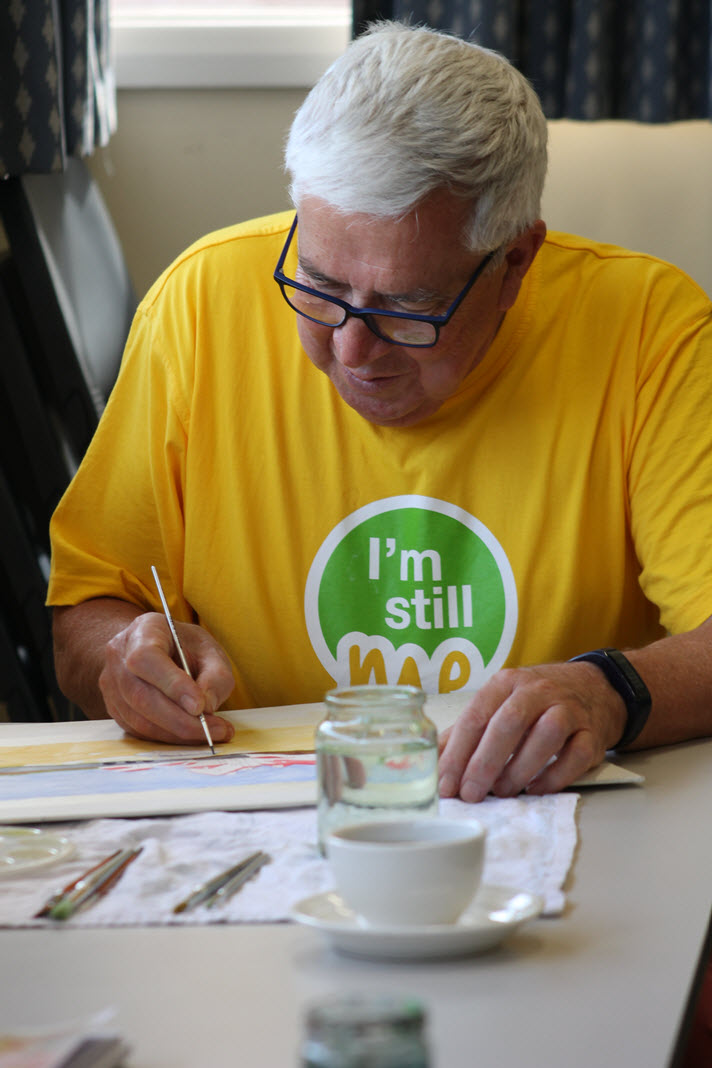 ACH Group’s Riverside Artists will mark its 30-year anniversary with an exhibition at the Arts Centre, Port Noarlunga.

The group was formed at ACH Group’s Perry Park Day Therapy Centre in 1987 and was first known as Perry Park Painters.

During the 1990s the class expanded and moved to the Port Noarlunga Arts Centre on the banks of the Onkaparinga River.

Today the group meets every Friday morning and provides an opportunity for older people to come together to create artwork and connect with others.

Group coordinator Gaynor Jarvis said over the years the group had brought together many wonderful artists to learn new skills or rekindle old ones in a fun environment.

“I am there to support them but they support each other, that’s the lovely thing about the group,” she said. “The social benefits are just as important as the art that happens. It really is a special place.”

A highlight of the exhibition will be a tribute to founding member Bob Guild, who passed away this year at the age of 93.

Bob, along with his wife Evelyn, signed on as a volunteer in the 1980s. He went on to become an accomplished artist, mentor and friend to many in the group.

Brian Hibben joined the group two years ago and now works across a range of mediums, from painting, printmaking and clay to mixed media. “I never thought I had an artistic bone in my body,” he says. “Now I can’t imagine life without it – it’s been brilliant for me. What I enjoy most is the art, but also the companionship with others.”

Fred Artis, 80, is a volunteer driver for ACH Group and now combines his driving duties with painting as a member of the group. “For me being part of the group helped me discover a new passion in painting,” he said.

Alma Pope, 85, has been drawing and painting since she was seven years old and joined the group in 2012.

ACH Group, which celebrates its 65th anniversary this year, runs a wide range of social activities across Metropolitan Adelaide and the Fleurieu Peninsula, providing opportunities for people to engage and connect in the community.

The exhibition opens on Friday 10 November and runs until Monday 11 December. Opening hours: Monday to Friday, 10am to 4pm and Saturday 12pm to 4pm.